Back in the day, all MRIs were long, dark and uninviting. Patients entered a confining, deep tunnel for the procedure, which proved uncomfortable for some patients, and impossible for those with claustrophobia. And let’s face it, no one wanted to have his or her child—or elderly relative-- experience that type of MRI exam. When Open MRI system hit the market, the number of potential MRI patients grew tremendously. In addition, to the new appeal of an open environment, many Open MRI systems were easier to site and less expensive than their high field counterparts. In addition because Open MRI systems did not use cryogens, their service contracts were also lower than high field MRI systems. 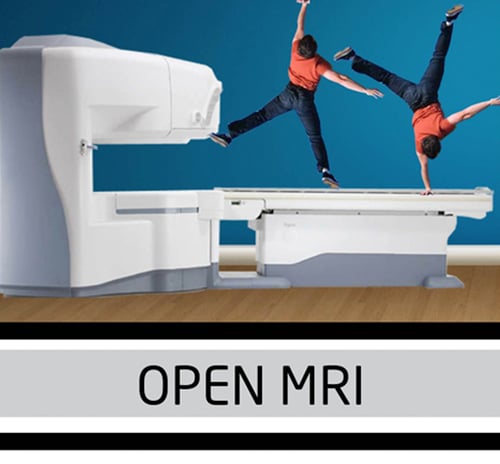 Until 2004, physicians who required high field strength MRI studies still had to use superconducting high field MRI systems with a long bore design. Through the years, the magnets were able to become more compact, but they were still longer than patients would like. The problem was that an Open MRI whether permanent or resistive, couldn’t accomplish the high field imaging of a superconducting magnet. Then Siemens introduced the first 70 cm “Wide Bore”—the 1.5 Espree. The new “Wide” designation also provided a “Short” superconducting high field magnet which was only 125 cm. This system changed the high field world of 150cm to 175cm-length magnets. It was now possible to deliver a more comfortable imaging environment for all MRI studies which referring physicians demanded. With a table weight maximum of 550 pounds, the Espree also made it easier to access patients with larger girth.

Other manufacturers also soon offered Wide-Open high field MRI systems in addition to their other systems that are now shorter, but not “Wide-Open”. In this mix there are also a wide variety of MRI systems for extremity imaging. As well as low field MRI specialty systems.

If your practice, clinic, hospital or facility is in the market for an Open MRI or a high field Short bore superconducting MRI, it’s easy to get the one you want, at a price that’s more affordable than you might think. By purchasing a used or refurbished MRI, you get the technology you want, as well as a great warranty and service policy, for a much lower cost. And while “new” is nice, you’ll find the savings is even more attractive. Contact Us Today for more information and pricing.