When a company like Paramount Imaging of Lutz, Fla., looks to replace some of its high-end equipment, several concerns immediately rise to the foreground, says president Robbie Robertson.

The first of these are functional and financial: What’s the new device going to do and how much will it cost? The next are strategic:  Are we getting as good a deal as we can for the money? And the last are practical: Will we be able to support this equipment if it malfunctions?

As a multi-site imaging services provider,  Paramount had first tapped the New York, N.Y.-based refurbished imaging equipment provider Atlantis Worldwide years ago when the company was pricing out a new magnet for one of its outpatient facilities in Dayton, Ohio, Robertson recalls. “Reimbursements were starting to fall,” he says, and that fact was shortening up his vendor list.

Atlantis offered Paramount an out-of-the-box solution that met the needs of the facility at terms more favorable than those available through the big-name OEMs.

“[Atlantis CEO] Jeff [Weiss] had a good solution for our situation in Dayton for a high-field machine, and was able to provide us with some help on the build-out as well as financing,” Robertson says. “They had the expertise to do it all.”

Robertson says Atlantis offered his company “a good piece of equipment at a better price,” and led the Paramount facility through everything from the build-out to the financing of the equipment. “They were the turnkey in the whole project for us,” he says.

The next couple of years saw Paramount contract with Atlantis on a number of smaller but equally fruitful projects.  Then, when Atlantis became the exclusive vendor for MedicVision SafeCT, that technology seemed a natural fit for Paramount’s next CT upgrade.

“This was a great solution for us Atlantis helped Paramount Imaging save money when they replaced the magnet on their MRI scanner. to be able to go in for maybe a third of the cost of the OEM package,” Robertson says.

Although recognizing that the purchase of a new piece of equipment put greater pressure on his sales team to perform, Robertson said the SafeCT actually provided Paramount with a competitive edge that perhaps a different piece of equipment may not have been able to do.

“It gave our marketing folks an advantage to be able to go out and say ‘We’re the only facility in this market  to be able to offer low-dose, Safe CT’,” Robertson says, “for a fraction of what the new scanner would cost.”

Doctors and patients alike are more conscious of the benefits of low-dose medical imaging, Robertson says, but most of the OEM systems that provide those features are far more expensive than Paramount would have deemed feasible in which to invest. But to be able to compete in the low-dose market, he says, “From the time Atlantis approached us, we were sold.

“It gave us an advantage,” Robertson says. “That was what we were really after: to be able to give us a new feature.”

Within a single day, Atlantis installed  several machines, trained some of his technicians, and enabled Paramount to be up and running and effectively marketing its new services.

“This was a great fit for us, especially where we were in some of these markets,” he says. By working with a company like Atlantis, Robertson said, he feels like Paramount gets a higher quality of personalized customer service that he hasn’t experienced as consistently from other vendors.

With an OEM, Robertson said, salespeople are often made to insulate clients from relationships with every department from engineering to finance, and can find themselves in the middle  of problems they’re not equipped to solve. With Atlantis, he says, “it’s more of a team approach.

“We kind of have access to the whole team,” Robertson says. “It helps build that relationship. If you have a problem, they’re going to stick in and help you solve it.

“You develop a little bit of a stronger core relationship with these third parties because you get to know them a little better,” he says. “There’s a handful of individuals who are going to take care of your account. You’ve got access to a bunch of people and we like that.”

That same level of access is especially appreciated, Robertson said, when Paramount considers how the equipment it purchases will be supported in the event that devices require preventive maintenance, or even repairs.

“We have to have confidence that they have engineers that can support us and take care of us,” he says. “The other part is understanding the dynamics of the imaging business.”

When repairs are necessary,  Robertson says, Atlantis works very closely with staff technicians from Paramount “to explain everything in detail” from the cost of parts to personalized payment arrangements.

“They’re very transparent on what things cost,” he says. “They’re more in tune with our cash flow and the needs of the facility in this particular market as opposed to someone who hasn’t gotten it done.”

That same personal attention is a big part of doing business with a company the size of Atlantis, Robertson says. Even in some of the more distributed areas in which Paramount operates, he says he’s never had an issue with support service.

“A lot of those guys, the larger OEMs, they’re going to tell you that the response time is going to be better, even in outlying areas,” Robertson says; “they’re going to have someone close to you.

“I think it’s more about selling [the customer] on the fact that they’re going to take care of the equipment,” he says. “It’s more about the relationship.

When Robertson and other executives from Paramount met with the team from Atlantis at RSNA in Chicago last year, he got to meet the technicians who were going to be installing his equipment before he took delivery of it. That level of access is uncommon from OEMs, he says.

“Before we even started all the installation on the SafeCT, I had met and spoken with the individuals who are going to be onsite,” Robertson says. “You felt like you got to know everybody and be real comfortable with it. “They handled it the right way,” he says. “It was a very smooth rollout.” 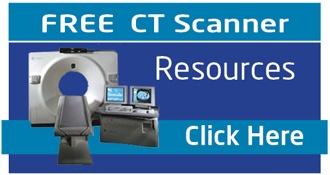