The Challenges of Creating a Mobile or “Battlefield” MRI

In hospitals and clinics around the world Magnetic Resonance Imaging (MRI) is relied on to provide an unmatched level of image quality. The MRI is used to view and diagnose complex injuries and diseases within the human body and plays a vital role in treatment of patients the world over. Its importance to the future of medicine is paramount, and while its usefulness is without 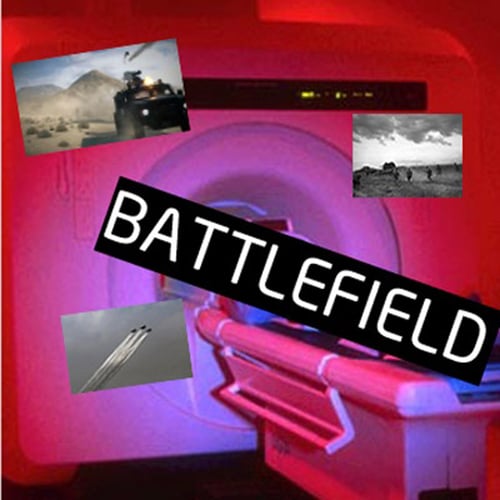 question, the MRI scanner does have its drawbacks.

Whether open or closed bore the MRI scanner is a very large piece of equipment, often taking up an entire room or more. It can be prohibitively expensive to many smaller facilities. In addition it is a highly delicate machine, requiring precise calibration by a specialized engineer and operation by a licensed technician. The magnetic fields created by the machine are so powerful that all metal must be kept far away while the machine while it is in use. The idea of using MRI technology outside of these controlled conditions has long been deemed impossible.

Anyone working in the world of healthcare knows that the impossible doesn’t stay that way for long. In early 2015 engineers at Los Alamos National Laboratory (LANL) began working on a portable or “battlefield MRI.” A much smaller, lower cost MRI device that could be deployed to diagnose injuries and diseases in war zones and developing countries where access is severely limited.

Dubbed a Superconducting Quantum Interference Device or SQUID device, this much smaller machine is extremely sensitive. In fact it can detect a change of energy as much as 100 billion times weaker than the electromagnetic energy that moves a compass needle. This means less power is needed to generate the magnetic fields necessary to produce the highly detailed images MRI machines create. It also means the SQUID can be used around metal which is extremely important in less controlled environments like a battlefield medic may encounter.

Unfortunately this sensitivity also means that the SQUID device is susceptible to outside interference, which could be anything from a passing automobile to the radio waves broadcast by the standard FM radio station.

The ultimate goal of the researchers and engineers at LANL is to create a machine small and energy efficient enough to run off a power source as small as a car battery. Their machine will need to be able to work on the frontlines and in developing countries where power is limited so the LANL team will have to create something that can work in an unshielded environment while producing results that are as reliable as today’s MRI machines. These smaller machines will also cost less that traditional MRI machines, which will make them more available, easier to produce and distribute across the world.

Getting out of the shielded rooms that are built for MRI machines and the precise laboratory conditions created for testing is still a major obstacle that must be overcome. Currently the team plans to shield the SQUID machine with a lightweight series of wire coils so that it will not be disrupted by interference from outside sources but there is years worth of testing left before any piece of equipment can be considered a truly portable MRI.

Regardless of how the quest for more cost and energy effective MRI one thing is for sure, researchers and engineers will continue to push the boundaries of medical imaging technology, improving existing equipment and creating revolutionary new equipment that can change the face of medicine in hospitals and in the field.

At Atlantis Worldwide we are committed to staying on the cutting edge of medical imaging while providing the best equipment and service possible. From MRI and C-Arms, to CT-Scanners, X-Ray and PET/CT/Nuclear Machines we are proud to deliver best in class equipment and service to hospitals, clinics and doctors around the world.

With such an important role in today’s medical world, as well as in the future of medicine, we urge you to make sure you’re getting the best equipment and service in medical imaging today.  Contact Us Today!