Capture It All... with MediCapture

Here we are, days away from entering into the year 2015 and sometimes we take all the technology that is accessible to us for granted. 150 years ago there were no C-Arms, no X-Ray systems, no computers and no printers. Charles Babbage, motivated by frustrations he felt from the tedious and often times inaccurate task 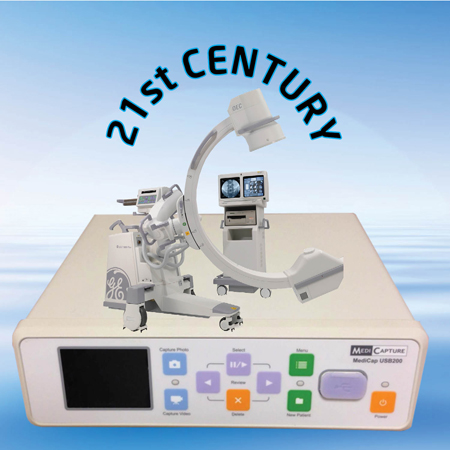 of creating mathematical tables, decided to create a machine to do it for him. He called it the “Difference Engine.” While he never created a fully functional difference engine, he is considered to be one of the founding fathers in terms of the world’s first computer. He also had the insight to create a printer for his “difference engine,” (again, never fully functional). To me, his concept of creating a printer is just as important as the difference machine. Of course, over the past 150 years, there have been substantial leaps in printer and storage technology. So much so that, in some industries, the printer has almost become obsolete.

Let’s get back to the 21st Century and talk about C-Arms again. As little as 15 or 20 years ago, printing was still the universal method for viewing and storing images. But as technology advanced, so did the options available to view and store images. It’s a digital world now. The days of printing, scanning and filing your images are coming to an end. Today’s C-Arms are being manufactured with both DICOM, which enables you to transfer images digitally to a PACS Network, and USB ports, which enable you to download images to a flash drive and then plug it in to a separate viewing station. While these features are great, if you don’t have a PACS network and/or a C-Arm with a USB drive, they don’t really help you. That is where MediCapture comes into play.

A MediCapture box is a recording and storage device that allows you to easily save digital images and videos to a USB flash drive. While this blog is being written as it relates to C-Arms, MediCapture boxes can be also be used on any standard video source, including ultrasounds, endoscopes and more.

When you’re ready to purchase a C-Arm, you’ll need to decide how you are going to save and store your images. If you plan is to purchase a pre-owned and refurbished C-Arm, then you should strongly consider the 21st Century difference engine—the MediCapture box.

If you’d like to learn more about MediCapture and what would work best for you, contact the experts at Atlantis Worldwide. We’re here to help!