Is Ziehm the RC Cola of the C-Arm Market?

C-Arms have been around for more than 30 years, and people often view it as a “Coke and Pepsi” market: dominated by OEC C-Arms and Philips C-Arms.  Okay, and maybe Siemens C-Arms, too. But there is another fairly big player that’s often overlooked: Ziehm C-Arms. I like to think of them as the RC Cola of the 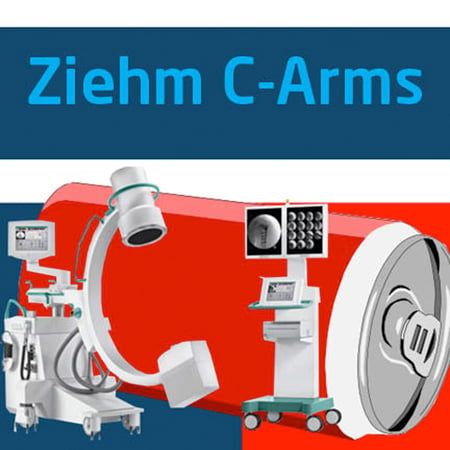 C-Arm market. They've been around just as long as the big guys (1983) and the quality of their C-Arms is actually on par, as well.  (We all know RC Cola is just as good as Coke and Pepsi!) However, for some reason the Ziehm name does not carry the same appeal or recognition as OEC, Philips or Siemens.

So let’s talk a little about Ziehm history. While they've been making C-Arms for more than 30 years, they really put their imprint on the market with the introduction of the Ziehm Expo Scope 7000 in the mid 90s. This C-Arm became known for its reliability and durability, especially the models built in 1999 and into the early 2000s. The Ziehm 7000 has remained very durable and is still a C-Arm that we at Atlantis Worldwide refurbish and sell with regularity.

The Ziehm C-Arms that have come out since the Ziehm 7000 are:

• Ziehm Quantum: This one piece compact C-Arm features a flat screen monitor located on the C-Arm cart. The computers on these systems had major issues when originally released, so most existing Ziehm Quantums have had the computer replaced.

• Ziehm Vision: This came out concurrently with the Ziehm Quantum. The biggest difference between the two was that the Vision is slightly bigger and it is a two-piece C-Arm. Many generations of this C-Arm have been produced, including Ziehm’s current line of flat panel detector C-Arms.

• Ziehm Solo: This is the next generation of Ziehm Quantum and is also a one-piece system. Fortunately, Ziehm worked out the kinks that existed in the Ziehm Quantum with this C-Arm.

For a manufacturer that does not get much recognition, they sure offer a lot of options. And truth be told, the entire family of Ziehm C-Arms offer high quality and durability. However, there is one slight drawback to buying a Ziehm, and that’s with repairs. Should a Ziehm C-Arm need to be fixed, it can be difficult to find a third party service engineer with the knowhow to work on the system.  There simply aren’t as many of them as there are for OEC, Philips and Siemens C-Arms. Plus, Ziehm as a company has proven to be somewhat unreliable when it comes to repairing their own C-Arms.

But now worries! Atlantis Worldwide has been selling Ziehm C-Arms to happy customers for years and our staff knows how to service them! So before you automatically reach for that Coke or Pepsi, think about the RC Cola of C-Arms.  Contact an expert at Atlantis Worldwide and find out more about Ziehm today.

About the author: Alex Silbergleit 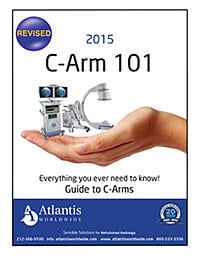